Published by Black Fountain Press as part of HIGH FIVE!

A modern-day chick flick (but with a real naked body and honest conversation) about a woman’s quest to unravel the motherhood question: What to do with those (ageing) eggs? How to rewire the brain? Everyone around her seems to be moving and she’s stuck still with the tick tick tock of the biological clock, her own expectations, and everyone else’s too. Featuring intricate video mapping on a naked body, a mini-orchestra of gynaecological instruments and egg recipes in song & dance, stark naked is a tragicomedy about reclaiming the body and resetting the mind.

TEAM:
produced by anonyma coproduced by neimënster
supported by Camden People’s Theatre in partnership with CID Fraen an Gender
with the support of Oeuvre Nationale de Secours GD Charlotte, Fondation Indépendance and FOCUNA

with: Larisa Faber and Catherine Kontz 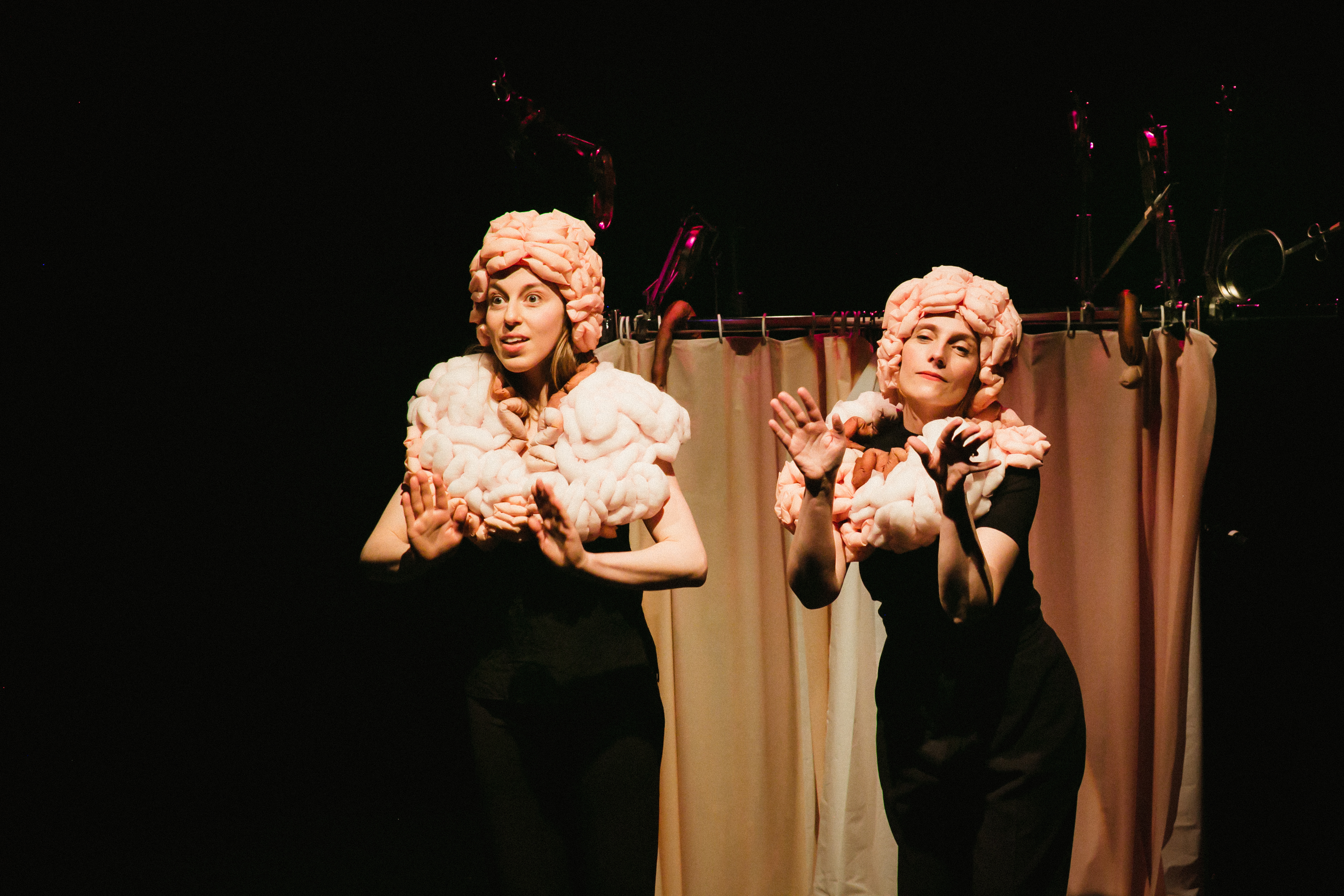